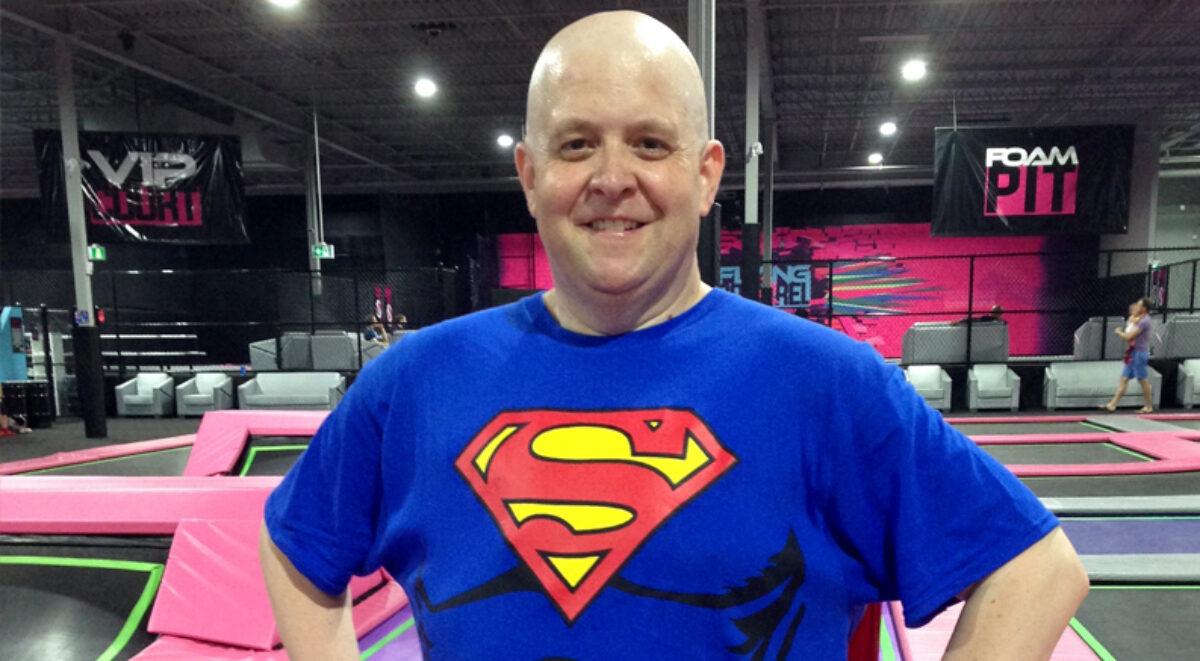 Steve Ewoniak is a very organized associate and financial planner for the John Trim Group. He can’t help trying to organize the rest of his life as well. Particularly after he was diagnosed with breast cancer in February 2018 at age 40.

“I wanted to create happy memories for my family,” he said. “The day of my pre-operative appointment, I went to a photographer to get pictures taken in different outfits – in case I didn’t make it.”

Steve is the BRIGHT Run’s 2020 survivor spokesperson, the first man to fill that role in the event’s 13-year history.

“I was pleased to be asked,” Steve said. “I’m very excited to be doing it.”

He knows he’s unique. Men account for only about .9 per cent of all breast cancer cases in Canada. He’s grateful the lump he found was taken seriously, right from the start.

After finding that lump, Steve immediately booked an appointment with his doctor, who sent him for an ultrasound the same day.

“Most men don’t recognize the danger of getting breast cancer and for many who have it, it goes undetected for too long,” Steve said. “We have to be aware to self-screen. It saves lives. Finding it early saved mine!”

Steve was referred to the CIBC Breast Assessment Centre, and during that assessment he was immediately sent for a mammogram, ultrasound and biopsy, all that same day.

After that, things moved even quickly. Steve underwent surgery, chemotherapy, and radiation, and is now taking tamoxifen. And yes, his hair fell out.

Because his children Allison, now 7, and Aiden, now 5, were so young at the time of his diagnosis, Steve and his wife Kerri tried to keep things low-key. Dad wasn’t feeling well, they told the kids. A few weeks before Steve started chemo, they started talking about Dad getting his “summer haircut” soon.

“I think the seriousness of the situation would have devastated them,” Steve said. “And I think it helped me and my wife stay positive and strong.”

Steve says Kerri was with him every step of the way, attending appointments and absorbing information that he sometimes didn’t take in himself. “It made such a big difference to have her with me through the entire experience,” he said.

He calls his cancer “a life changing experience that is with you all the time.” And until he went to his first chemo appointment, he didn’t realize how many people are affected by cancer.

Steve and Kerri created many happy memories for their kids throughout his treatment. Family members were very supportive and gave him a Superman T-shirt to remind him to be strong. He wore it to every appointment, including fun stuff such as a trip to Flying Squirrel Trampoline Park, jumping between those chemo visits. And there is at least one new tradition in the Ewoniak household – birthdays mean having ice cream for breakfast!

“You don’t need to live in a state of fear because you have cancer,” Steve said. “It helps to do some fun things!”

You saw lots of Steve as our spokesperson for our virtual 2020 event, and you’ll be seeing him even more as he is now the BRIGHT Run Advertising, Marketing and Communications Coordinator!

This profile was first published in the BRIGHT eNewsletter in July 2020.