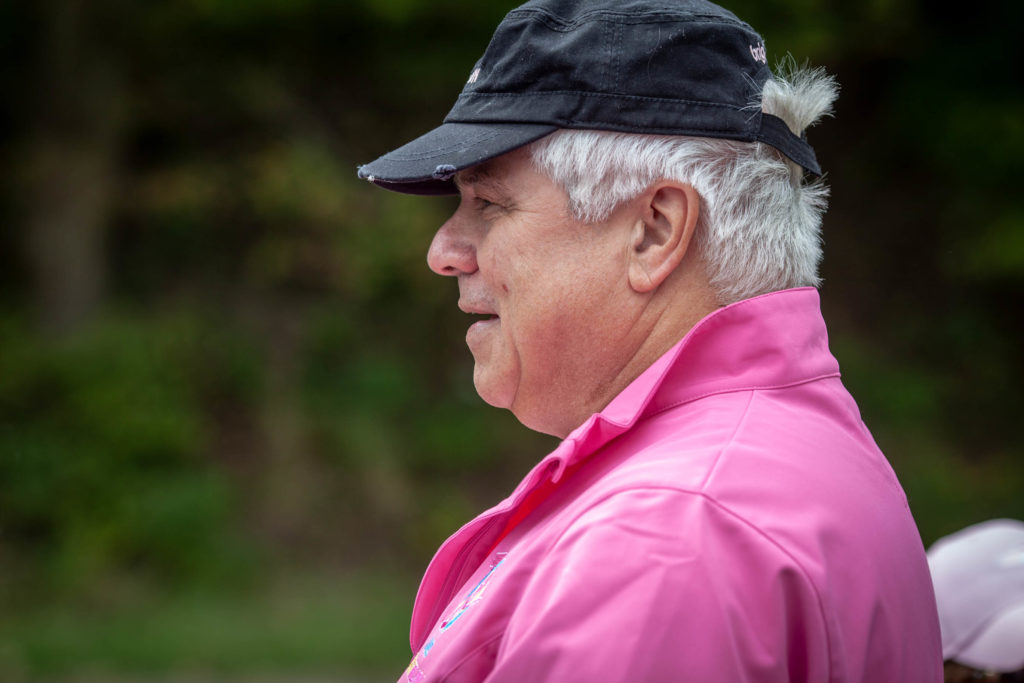 From Mark Levine, the Doc with Pink Tights

Editor’s note: In his previous column, Mark began a discussion about the use of cannabis for medicinal purposes, setting the stage for this report on research.

In the spring of 2017, Dr. Marissa Slaven and I started meeting with MedReleaf Inc., a company which produced cannabis for medicinal purposes. The aim was to conduct research.

It was an exciting time across Canada, with lots of enthusiasm on the potential medicinal uses of cannabis and research opportunities. We had many meetings with MedReleaf; they had no experience doing clinical trials and we had to learn about cannabis production.

We visited their plant in the GTA. It was 60,000 square feet – about 1.5 times the size of a football field. To enter the area where the plants were grown, we dressed in white jump suits, wore masks, and head coverings. It is critical that the growing area remain sterile and bug free. We learned that the amounts of THC and CBD in a specific preparation were produced by cross-breeding different plant strains.

After more than 12 months of work, the study protocol was ready and we submitted it to Health Canada for approval. The trial was called Cannabis Oil for Pain Effectiveness (COPE). It was a small pilot study in patients with chronic cancer pain which was not controlled by narcotic pain medicine.

The goal was to test an oral dosing approach and to gauge its safety and efficacy for future study in a larger trial. There was no information on how to give oral cannabis. The THC and CBD were dissolved in oil in a capsule. A patient started with one capsule a day for a week. Then they doubled it if their pain was still not controlled.

This escalation of dose continued up to the dose where pain was reduced or to a maximum dose of six capsules (three capsules twice a day) over a maximum of six weeks. The target sample size was 40 patients.

After approval was obtained from Health Canada, the protocol was submitted to the Hamilton Research Ethics Board. Finally, the trial began in the summer of 2018.

At that time, we were very excited about building a research program in a new area that required much more evidence. We felt as if we were breaking new ground.

We planned other studies. For example, many women who receive taxol chemotherapy develop numbness, tingling and pain in their fingers and toes. These symptoms can be intractable and can have a major impact on quality of life. This condition is called chemotherapy induced peripheral neuropathy. We figured that cannabis might reduce these symptoms based on research in animals.

We also collaborated with laboratory scientists to measure blood levels of CBD, THC and their break-down products to gain a better understanding of the action mechanism of cannabis.

Over the next two years, the situation changed and now we are no longer doing research with cannabis. What happened?

1) We submitted several grants to the federal government but alas, we were unsuccessful.

2) The producers of cannabis have fewer financial resources to support research than they did three to four years ago. In 2017 and 2018, there was substantial investment in cannabis production in Canada. Many companies were expanding and buying up smaller companies.

For example, MedReleaf bought two more production facilities. (They then had 1 million square feet to grow and produce cannabis). Then Aurora, which was the second largest cannabis company in Canada, bought MedReleaf. A large European brewing company made substantial cash investments in Canopy, the largest Canadian cannabis producer. Their long-range idea was to put cannabis in beer!

3) The Canadian market was saturated for cannabis sales and the producers had to look overseas for buyers.

4) Ultimately, the cannabis production companies were-overvalued on the stock market (their market value exceeded what they had in cash). As a result, their value crashed, resulting in job losses and plant closures.

We studied 32 patients before COVID-19 hit and then our trial was closed. Patients were able to take the capsules as prescribed.

I can’t say we hit a home run. There may have been a slight improvement in reduction of pain. Our original plan was to use the treatment regimen studied in the pilot study and move it into a randomized trial comparing usual pain treatment with the cannabis regimen we had developed. However, we will not be moving forward with this.

So, what is the bottom line? There is limited evidence on the medicinal use of cannabis in cancer. I recognize that lots of people take cannabis for a medical reason. I do not prejudge them. I respect their choice, but I do not prescribe cannabis.