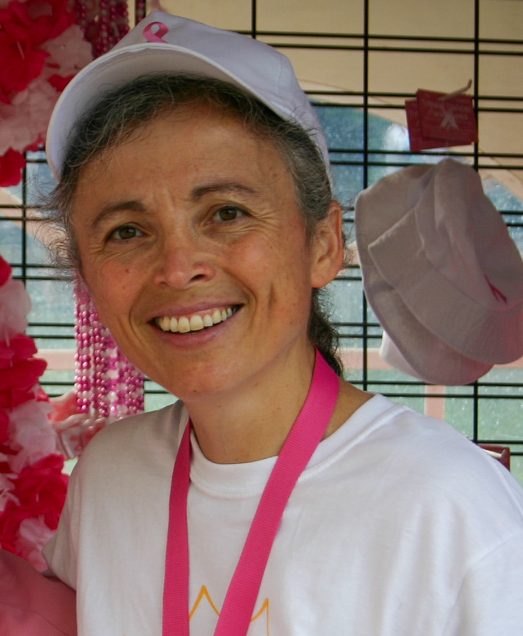 Meet the Founding Five On Our 15th Anniversary

As part of our celebration of BRIGHT Run’s 15th anniversary, let’s highlight the folks who started it all.

First up is Dr. Mary DeCarolis, who is now a physician working as a general practitioner in oncology at the Grand River Regional Cancer Centre in Kitchener.

How did you become one of the BRIGHT Run founders?

I worked at the Juravinski Cancer Centre (JCC) in the breast disease site team at the time the group discussed and decided to hold our first-ever fundraiser for local breast cancer research.

What was it like trying to plan the first event? Ups and downs? Big problems? Great joys?

It was exciting. There was so much to learn and so many unknowns. There was a conviction amongst the breast site members and the committee to make this a success.

How did it feel to pull off the first BRIGHT Run?

It was exhilarating and humbling. There were so many people who contributed to that first event’s success.

How do you feel about the fact that BRIGHT Run is now heading towards its 15th anniversary event? Did you think it would last this long?

Proud that the commitment has remained strong among staff, patients and supporters.

Do you have a favourite BRIGHT Run memory? Why?

On the morning of the first event, seeing people walking up the road to register is my favourite memory. It became REAL! People DID support the concept in an impressive fashion.

How do you explain BRIGHT Run to someone who has never heard of it?

BRIGHT is a breast cancer fundraiser to support research in the Hamilton region.

How do you feel about BRIGHT Run’s accomplishments?

I’m proud to have been a part of BRIGHT and I’m proud of the committee members, patients and supporters of BRIGHT.

How do you feel BRIGHT Run impacted the community in year one and now in year 15?

I can’t speak to year 15 as I’ve not lived or worked in the Hamilton region since after year 5 of the run. In year 1, BRIGHT let the community know that this community had the desire and commitment to support research locally.

How did you contribute to BRIGHT Run over the years you have been/were involved?

What do you hope for BRIGHT Run’s future?