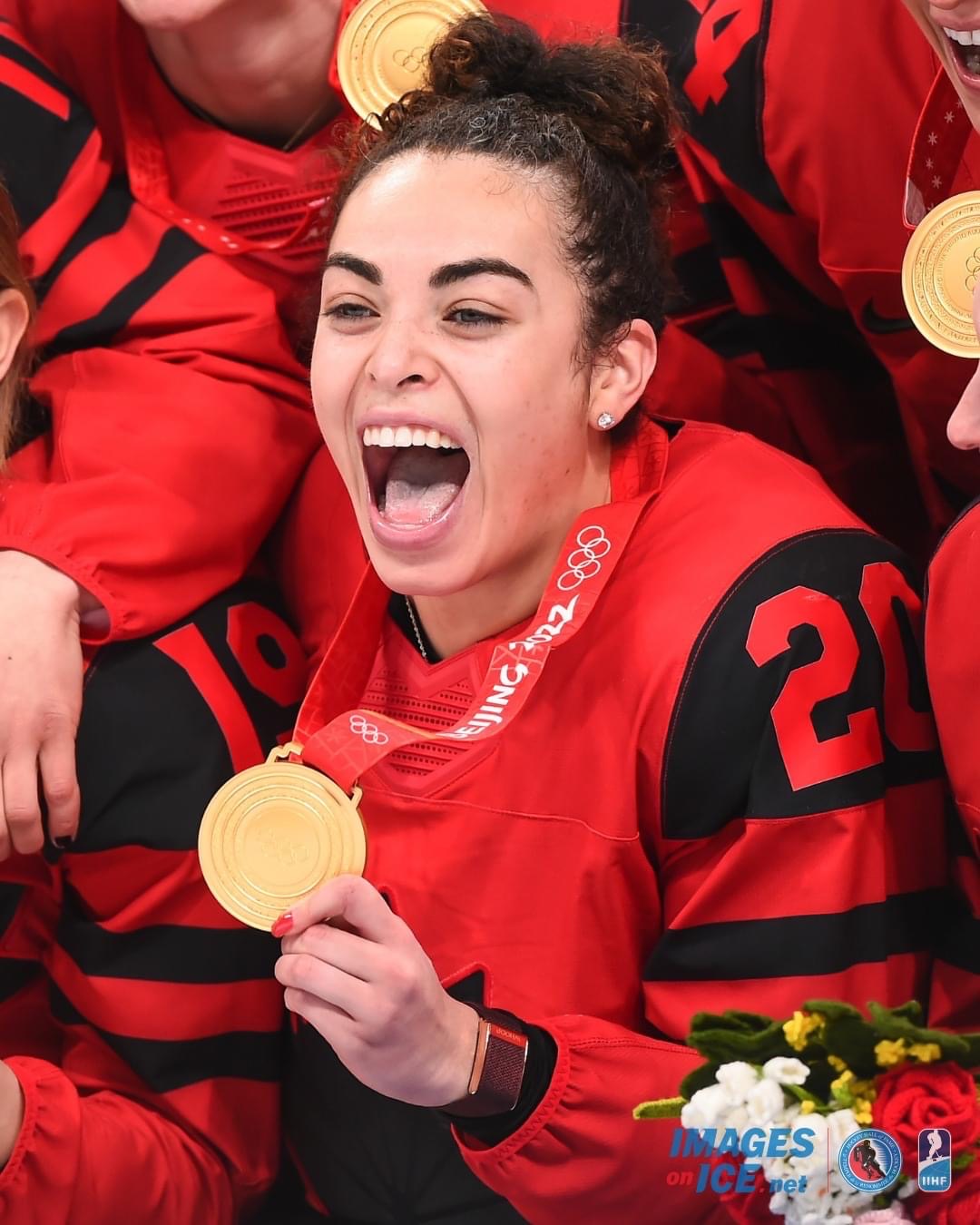 Congratulations to BRIGHT Run ambassador Sarah Nurse on her record-breaking, gold medal performance at the Winter Olympics in Beijing!

Team Canada beat out the American women’s hockey team for the Olympic gold medal in a tight, hard-fought game.

And along the way, Sarah earned an Olympic-record 18 points, breaking the record set by women’s hockey legend Hayley Wickenheiser set in 2006.

This is Sarah’s second Olympic medal; Team Canada earned the silver medal at the 2018 Olympics in South Korea.

Sarah has been actively involved in the BRIGHT Run since 2018, participating in a range of BRIGHT events.

Way to go, Sarah! We’re so proud to know you!