Cable 14 – Part of the Community 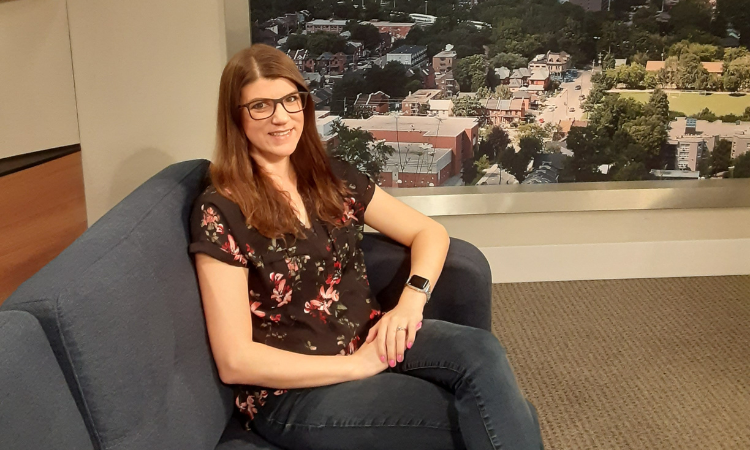 Harmony McKenzie tried the bright lights of network television in Toronto, but it left her feeling disconnected from the community.

So she returned to her roots in community TV and has made her home at Hamilton’s Cable 14 for the past 12 years.

“In Toronto, I worked on one show,” said Harmony, who is Cable 14’s Supervisor of Programming and Community Relations. “I didn’t meet people, I had no sense of community, no connection with the people.”

Cable 14 is the local community television channel that has served Hamilton’s community for more than 50 years. Cable 14 operates under the legal name TV Hamilton Limited, which is owned jointly by Cogeco Communications Holding Inc. and Rogers Communications Canada Inc.

Cable 14 has also been a strong community partner of the BRIGHT Run for more than a decade.

For the third time since 2013, Harmony – a Mohawk College graduate – is producing public service announcements for the BRIGHT Run, giving folks involved in the event the opportunity to speak directly to Cable 14 viewers.

“Pretty much everybody has a connection to cancer,” she said. “So many people have a connection to the BRIGHT Run’s goal and community outreach is key for this type of event.”

“BRIGHT Run is such a long-time partner,” Harmony said. “I’m really happy to be able to bring out new public service announcements so people can have a voice and share their stories.”

A married mom of a young son, Harmony loves working in community television. She enjoys meeting members of the community and helping groups and organizations promote themselves to meet their community-based goals.

She is one of 13 employees at Cable 14 who are supported by a passionate group of about 70 volunteers involved in coming up with ideas for shows and making them happen – what Harmony calls, “turning visions into reality.”

She says the beauty of community television is that it touches “every niche in the city.”

Cable 14, she notes, provides more than 20 types of programing that appeal to all areas of the community – fundraising, sports, lifestyle, politics, current affairs and more.

“Basically, we are a community partner with everyone in Hamilton,” she said.