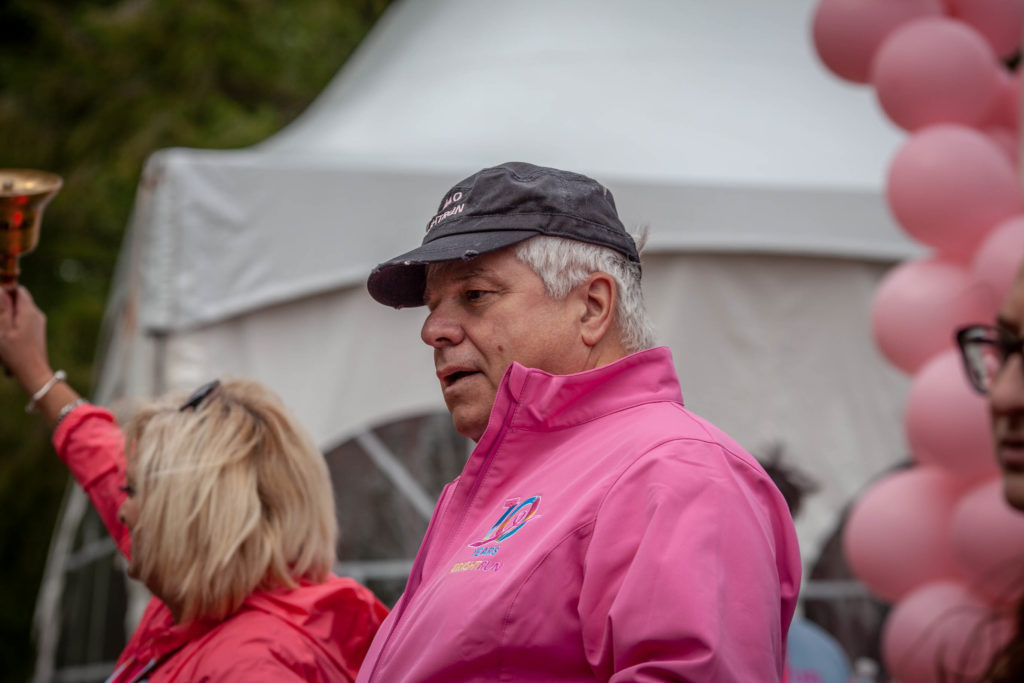 From Mark Levine, the Doc with Pink Tights

The American Society of Clinical Oncology (ASCO) is the world’s largest organization of cancer specialists.  The dates of its annual meeting are circled in the calendars of every oncologist I know.

The meeting usually takes place in Chicago, where 40,000 oncologists, nurses, and scientists converge to hear about the latest research findings and to stay up-to-date by attending educational sessions. This year’s meeting took place virtually in early June.

There were more than 200 breast cancer presentations. Breast cancer research moves quickly, and it’s important for oncologists (and really, anybody affected by cancer) to stay current.

I think there is material that you might find interesting. So, I decided to devote this blog and my next one to the 2021 ASCO meeting.

The breast cancer sessions are divided into two groupings, treatment of local disease versus metastatic disease. This is based on the extent of the disease.

Today I want to discuss two local disease presentations. But before I go into the details from the meeting, here is some important background:

Local refers to early-stage breast cancer, when the cancer first presents and has not spread. The usual approach for localized breast cancer is surgery first: either mastectomy or lumpectomy. Then the axillary nodes under the arm are checked for cancer.

We do this by removing the nodes altogether (axillary dissection). This would be followed by chemotherapy and/or endocrine treatment after surgery and radiation to prevent recurrence. In some cases, chemotherapy is given before surgery.

One other important detail to know about treatment for breast cancer is that it is often guided by the presence of specific proteins (“receptors”) on the cancer cells.

For example, if the cancer cell has both the estrogen receptor (ER) and progesterone receptor (PR), the cancer tends to be slow-growing and will respond to endocrine treatment such as tamoxifen.

If the cancer has proteins called “human epidermal growth factor receptor 2” (HER2 for short), it can be treated very effectively with a unique set of drugs that target the HER 2-protein receptor, such as Herceptin.

But if the cancer doesn’t have any of those receptors and is ER -, PR -, and HER 2 -, we call it “triple negative.” This type of cancer has a poor prognosis.

Breast cancer that is ER+ is usually treated with endocrine therapy, (such as tamoxifen, letrozole or anastrozole) for five to 10 years. There’s a lot of research about the optimal amount of time to keep up these treatments. Extending five years of endocrine therapy to 10 years has been shown to further reduce recurrence compared to five years only.

However, endocrine therapy has pretty bothersome side effects, and many patients discontinue it without taking the full amount.

With all of that in mind, below are my summaries of a couple of studies presented at the ASCO meeting.

I wonder whether there are any tests that can be done on the original breast cancer tissue that can identify those cancers that have such a good prognosis that the patient can be spared the additional five years of endocrine treatment and those cancers which are bad actors, where treatment is worthwhile?

One study conducted by a US/Canadian group called the NSABP tackled this question. They studied breast cancer tissue from patients who had participated in a NSABP trial which compared five years with 10 years of endocrine treatment.

They performed a series of genetic tests on the tissue. Unfortunately, the results were inconclusive. The genetic tests these researchers used did not identify a poor prognosis group. This is a disappointing result as there is a major push in oncology research and treatment for “precision medicine”, i.e., tailoring treatment based on the characteristics of a specific tumor and not using treatment where “one size fits all.”

Breast cancers with inherited BRCA1 or BRCA2 mutations are often triple negative (ER-, PR-, HER2-) and are difficult to treat. These tumours have a defect in DNA repair. Drugs called PARP inhibitors target cancers with defects in DNA repair.  So, if a patient has a BRCA1 or BRCA2 mutation, their cancer will too, and perhaps PARP inhibitors would work.

I wonder if there are any new drugs available for this difficult to treat cancer?

In the OlympiA trial, more than 1,800 patients with BRCA1 or BRCA2 mutations were randomized to Olaparib (A PARP inhibitor) or placebo for 12 months. At three years, the PARP inhibitor reduced recurrence and death compared to the placebo. The results were pretty astonishing. Olaparib was associated with significantly fewer deaths than placebo.

The OlympiA trial is a “game changer.” It means that patients with triple negative breast cancer who have a family history of breast cancer should have genetic testing, because the presence of BRCA1 or BRCA2 mutation can guide therapy. Note that we will have to await approval from Health Canada before Olaparib can be used in Canada.

Next time, I’ll look at the work being done regarding metastatic breast cancer.