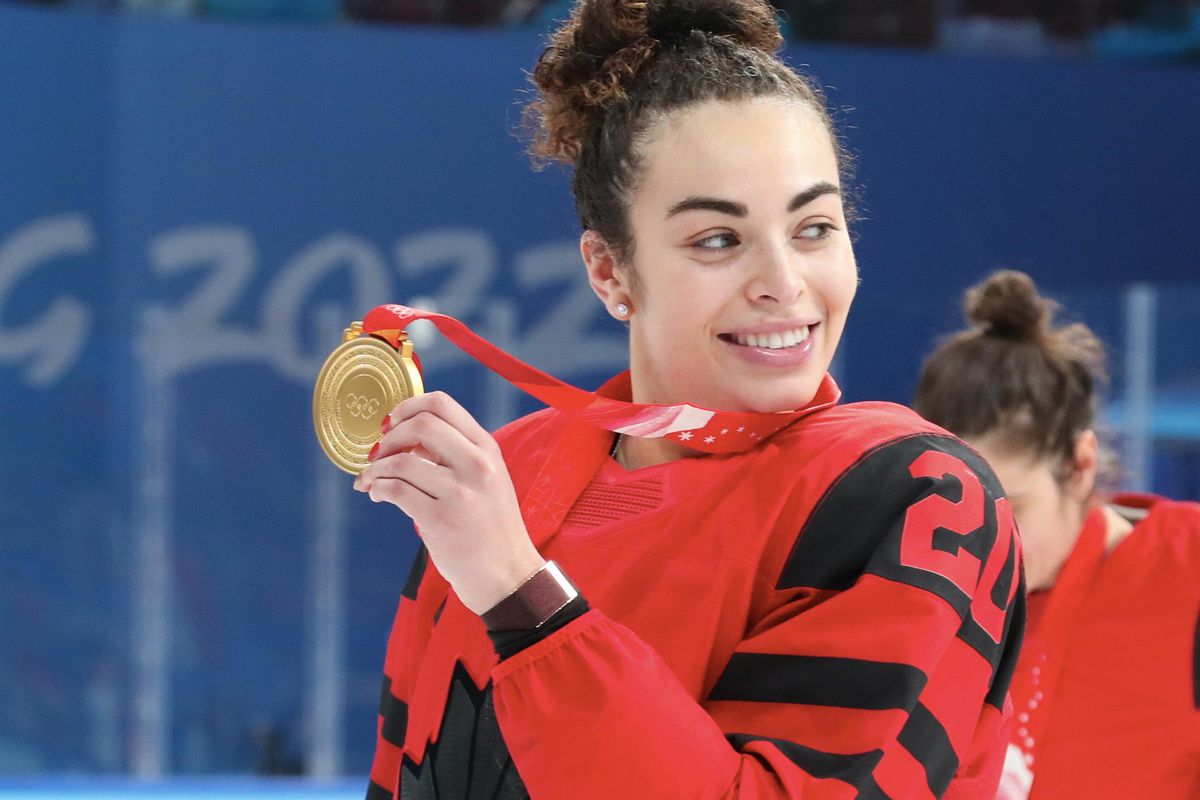 Adorned with BRIGHT Run pink and yellow, along with the BRIGHT logo displayed prominently, the skates also feature our BRIGHT ambassador’s signature.

“We took all your suggestions to make it yours as much as possible,” he said.

Sarah was clearly excited to see the special skates for the first time.

Sarah, who plays forward for Team Canada, has been a BRIGHT Run ambassador since 2018. In last year’s Winter Olympics in Beijing, Team Canada beat the American women’s hockey team to win the gold, and Sarah earned an Olympic-record 18 points, breaking the record set by women’s hockey legend Hayley Wickenheiser set in 2006.